Journeys into the 19th Ward

Three years ago, when I first walked across the River Campus (I know, I’m old). One of the first things I heard about the city of Rochester was, “Don’t go into the 19th Ward!” Which was something I took as pretty severe. Especially since I heard it on the cusp of orientation week, where everything about the University, social life, and the programs it had to offer sounded incredible. Even downtown Rochester sounded incredible. Just don’t cross the bridge.

With those warnings from older students and my first-year peers, I was very frightened to go into the ward bordering the University. Though as orientation faded into fall, then spring semester, that fear grew into more of an understanding that students should avoid that area. Which I did, along with most of my first-year peers. As we frequently found ourselves running around to different dining halls and quads during the day, and laughing until the early hours of the morning in the library (yes, people actually hang out in the libraries here).

Then spring turned into summer, which turned into my sophomore year. I lived in Douglass Leadership House at the time (the Black and POC fraternity on campus) and I was really trying to immerse myself in the humanities program with my two majors in African and African American studies and Gender studies. Two fields of study that were the reason why I came to Rochester in the first place. As the city of Rochester is extremely historically significant for being a popular stomping ground for abolitionists, Women’s rights activists, and profound social movements in general going beyond the 13th and 19th amendments. Truly cementing this city as a significant point for activist activity. All of which, I was fascinated by. Though, it was only when I lived in the Douglass Leadership House that I recognized the activist legacy of Rochester is not only found in the books from Rush Rhees Library. Rather, it lived on in the people of the city, and those who were actively working to continue the vision of leaders before them. 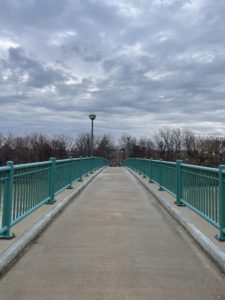 In this time I was offered an internship working with a local community group named “Teen Empowerment.” This group participates and facilitates a myriad of programs designed to aid the relationship between youth and elders in the Rochester community and help foster a dialogue about the amazing history of Black Rochester progressing into the Rochester of the current day. My work in this group was primarily in transcribing the history of Black folks who have experienced this history and the messages they wish to spread to the next generation. With help from a Rochester professor, Molly Ball, who helped advise the project. While that work was primarily remote (yes, it happened during the pandemic), as the program progressed, and COVID was becoming more manageable, I was able to eventually meet with the interviewees I transcribed for in person. Though, the meetings were actually in the city of Rochester. Some in the 19th Ward even. And I had to leave my library zoom meetings behind, and actually venture into the city that I was warned about.

But, once I actually got out of the Uber to our meeting spots, the shadows of fear faded when the sun met me as I closed the door. The grass was green, the houses were beautiful, and everyone was smiling and happy. Then, those fears truly became a distant memory. We were told stories of the peach tree that fed the neighborhood in the early 1960’s, and the tall church where several members of the group were married, christened, and attended services. One of the older members noticed that I was using a ride service to get to and from meetings. And offered to give me and my student coworker a ride back to campus. But, not without a driven tour of the 19th Ward and the community that supports our school.

After that trip, I felt pretty upset. Upset of the experiences I deprived myself of simply because of the fears of a Black neighborhood and a primarily Black city that my peers instilled in me and I knew I needed to do it differently in the fall. Pretty soon after that drive, my sophomore year ended, and summer quickly became my junior year of college. And some friends and I decided to get a house in the 19th Ward, about a block away from the bridge. Fortunately for me, I also had a car, and as I drove to school each day I saw signs for the Westside Farmers Market. I can confidently say this market has the best tomatoes, bread, and berries around (if you are anything like me, those are very important things). For dinner, my roommates and I found the best Dominican food I have ever had, at the D’Mangu restaurant. Which is also in the 19th Ward.

But if I were to talk about every good thing about the 19th Ward, this blog would turn into a book, and we don’t have time for that. It’s also best to find these treasures for yourself. Though, if you are a prospective Rochester student or an active student and have not journeyed into the 19th Ward, cross the bridge next to campus if you do not have a car, and go into the city. Explore the city you are learning in. If you are a history or sociology nerd like me, you have to talk to the people and experience the rich history. If you are any other student, do me a favor and order anything at D’Mangu. You’ll thank me later. This city does an amazing job supporting us as students, and honestly it will reward you mentally, intellectually, and appetite-wise to explore it!