We offer two styles of debate in the University of Rochester Debate Union (URDU): British Parliament (BP) and Policy. The main difference is that policy debate offers the opportunity to prepare in advance, while in BP, you’re only given 15 minutes to prepare once the motion (topic to debate) is announced. We also have a Spanish division, which has its own rules and structure. I do primarily BP debate, which is what I’ll be talking about in this post. However, if you’re interested in one of our other forms, don’t let that discourage you! You can try out one, or any, of these forms, whatever fits you best. 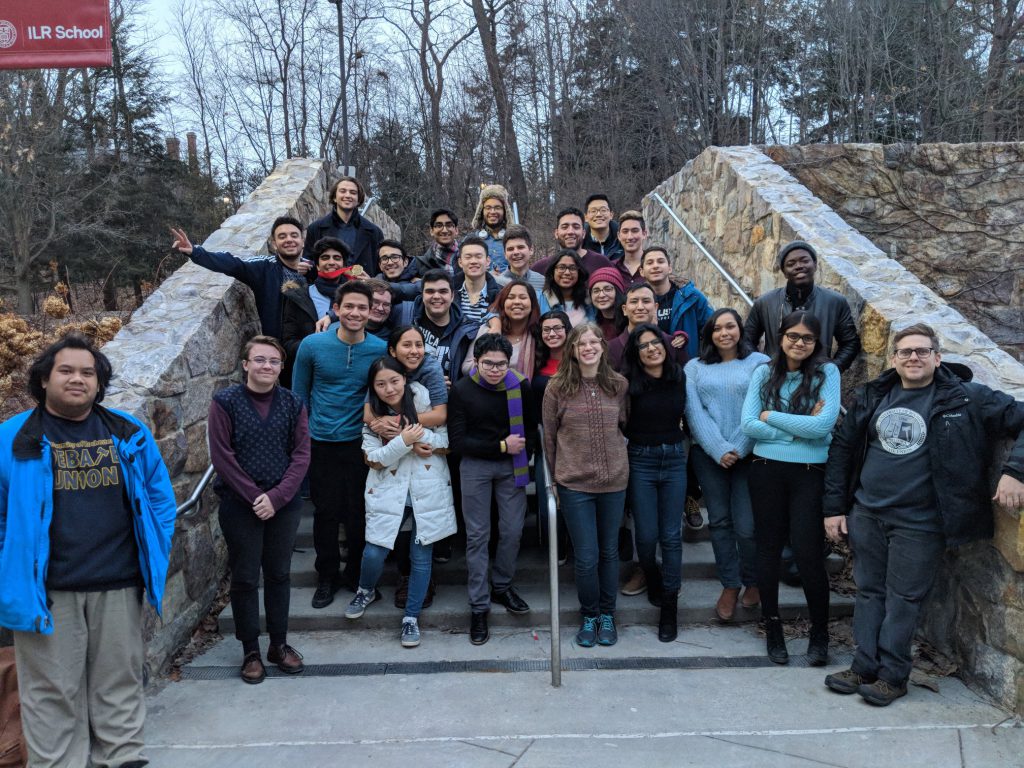 The topics we argue span an incredibly wide range, from economics to philosophy to economics to criminal justice. As the deadline on Brexit was fast approaching, we held a practice debate about whether or not the UK should hold a second referendum.

But it’s not only serious, life-or-death themes. One of my favorite memories was when we got to debate about whether Captain Jack Sparrow’s compass (where are my Pirates of the Caribbean fans??) should be used, given that it would work perfectly. These kinds of motions aren’t limited only to UR’s practices either. When I competed at Cornell, there were many motions about international policy and current events, but our fourth round motion was, “This house believes it is preferable to be single than to be in a relationship.” These are my favorite kinds of rounds because you don’t need any kind of prep work.

So how does BP debate work? I don’t want to go too heavily into the specifics, but I will attempt to give a brief overview. While URDU as a debate union consists of around 20 members, any “team” in a competition only consists of two members. At URDU, you can apply for tournaments alone, and our coaches will pair you with someone, or you and a friend can make the coaches aware that you want to go as a team. In a debate round, the debate is divided into four teams, two on the government side (arguing in support of the motion), and two on the opposition (arguing against it).

Within the halves, you have an opening team and a closing team. So you have an opening government team (OP), an opening opposition team (OO), a closing government team (CG) and a closing opposition team (CO). When a round is finished, judges rank each team, 1-4, with first place receiving three points, second receiving two points, third receiving one point, and fourth receiving no points. (And in addition to debating, you can also attend tournaments as a judge, and be the ones holding all the cards). Confused? That’s okay. Debate is a complicated extracurricular, and it takes a while to understand. Even senior members have to defer to the coaches now and again.

Debate also provides some really great travel opportunities. In just my first year as a debater, I’ve already traveled to two tournaments: Novice Nationals, held at Cornell in Ithaca, and the North American Women and Gender Minorities Debate Championship in Waterloo, Canada. However, that is just a minute portion of the possibilities. In the past year alone, I have teammates who have traveled as far as Cape Town, South Africa, and Cambridge, England, to compete against some of the best debaters in the world. Next year, we’re looking at going to Panama and Thailand (and best of all, these competitions are all completely funded by the school, which means we debaters get to go for free!).

While debate can be both mentally and physically exhausting, it’s also a lot of fun. I have made some absolutely fantastic friends in debate. While we might appear at odds when we’re attacking each other’s arguments in our speeches or asking particularly pointed POIs (points of information), once the round is over we’re back out in the hall, cracking jokes and complimenting one another on excellent points made during the round.

Tournaments also provide an opportunity for socializing, both in the down time between rounds and events that tournaments hold. At the North American Women and Gender Minorities Debate Championship (NAW*DC) they held both an arcade night and a Monte Carlo social, with free arcade games for the former, and free chips to play blackjack, roulette, and poker with (I’ve never seen so many high-rollers in my life).

I honestly think debate is a super valuable skill to have. It increases confidence, public speaking, and critical thinking skills. In the last debate tournament I went to, one of the motions concerned taking international intervention in Venezuela, and neither my partner and I knew anything about the conflict, not even the name of the president or his challenger (super embarrassing). But we gave it our all anyway. Did we rank last in our room? You bet we did. But we still got up there and did it.

When I first joined debate, my stomach would twist into knots at the thought of going up and trying to speak at length about something I didn’t fully understand. In my first few debates I gave two and three minute speeches (for reference the length of a debate speech is capped at seven minutes, but around half the debaters will usually end up speaking for longer). The ability to know you’re going to fail and proceed regardless is an invaluable life skill, and one that I think is undertaught in our current society.

If you’d like more information about URDU, you can email our coach at brady.fletcher@rochester.edu, check out our blog, or just stop by meetings, every Monday and Thursday at 7pm in Dewey 1-204. Everyone is welcome.